BOB is a project I started and completed at the age of 16.
BOB is an acronym and stands for Basic Obstacle Bot. He is robot that scans the room and then manoeuvres himself around the room.

BOB was purely a pet project, with no commercial incentive.

BOB runs on an Arduino UNO 3 microprocessor board. The Arduino in turn is connected up to two SONAR sensors, three motors and an LED status light.

The bottom front two motors were used to steer BOB, and push him forward, backwards, left and / or right. The third motor was a 180 degree servo motor, and was used to pivot the top SONOR sensor.

The top sensor was used to detect potential obstacles that BOB may encounter. In the event of an obstacle detection, BOB would pivot his top sensor to gain an insight of the layout of the area. Using that data, he would take the clearest path forward. If no path forward was available, BOB would rotate 180 degrees and head back.

The bottom sensor was used to detect sudden drops that might damage him. In the event of a drop detection, BOB would rotate 180 degrees and head away from the potential danger.

The chassis was handmade by myself, using spare bits of plywood I found in my parent's garage.

BOB has two power sources; both of which consist of one 9 vault battery. 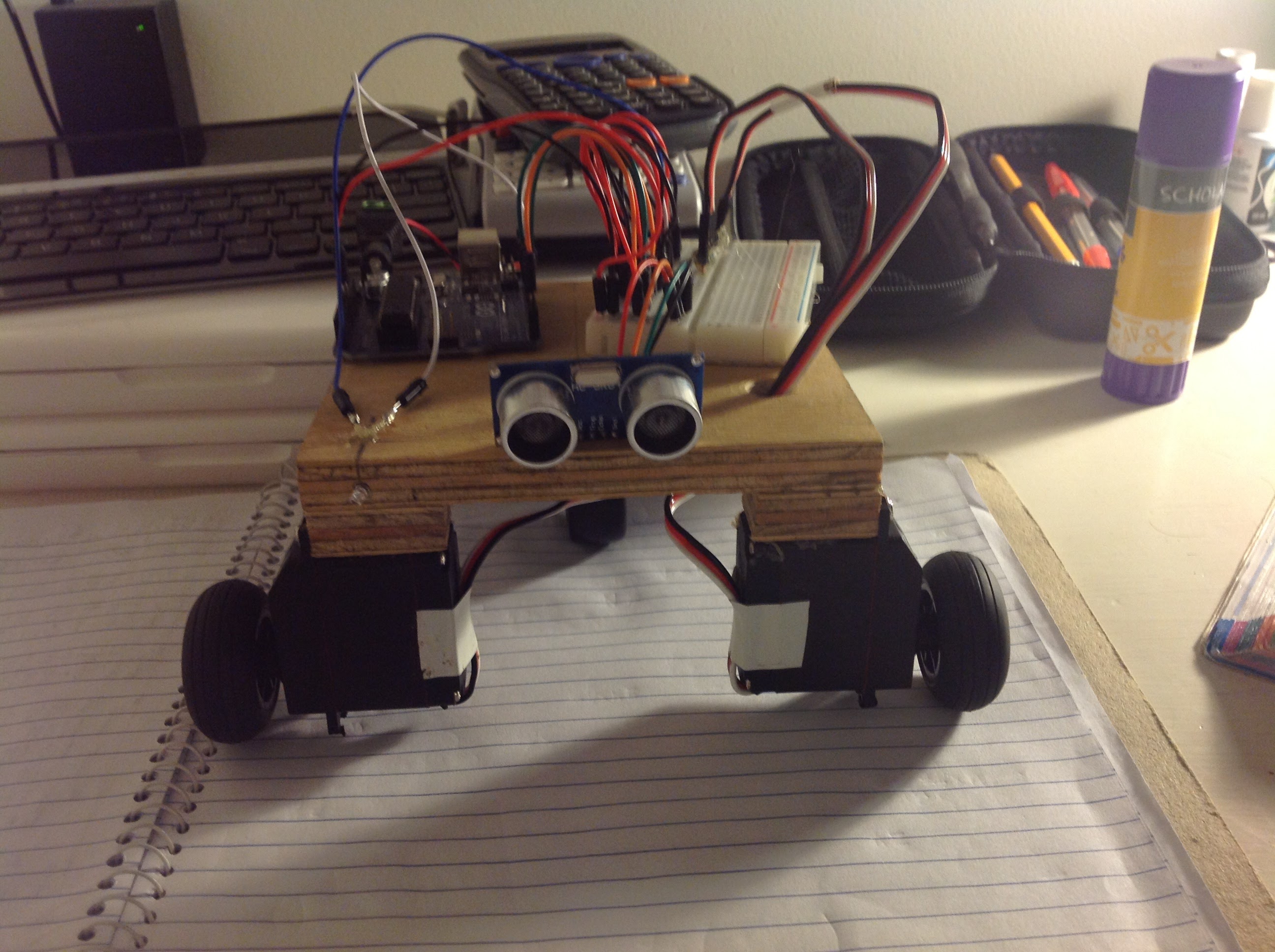 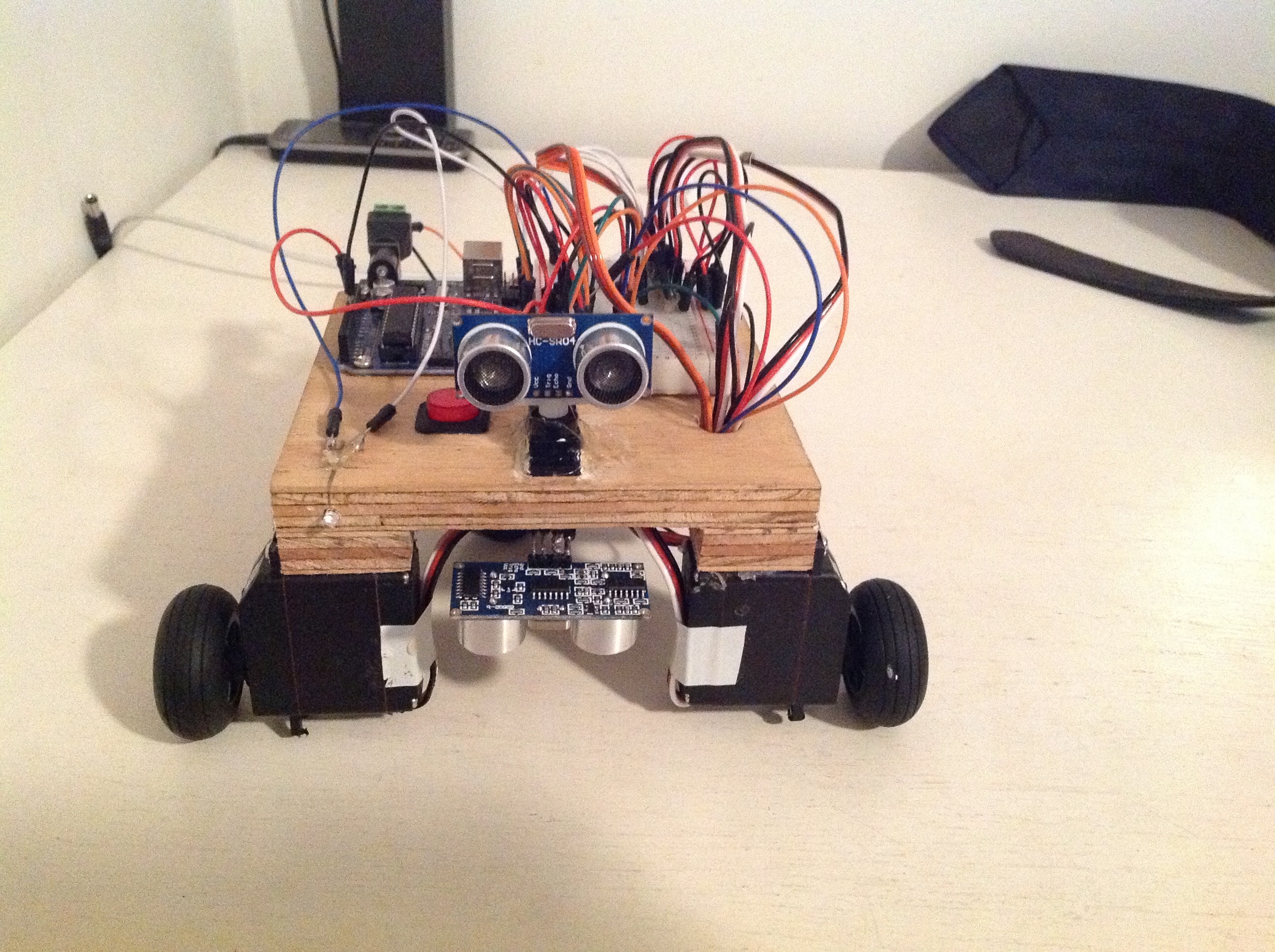 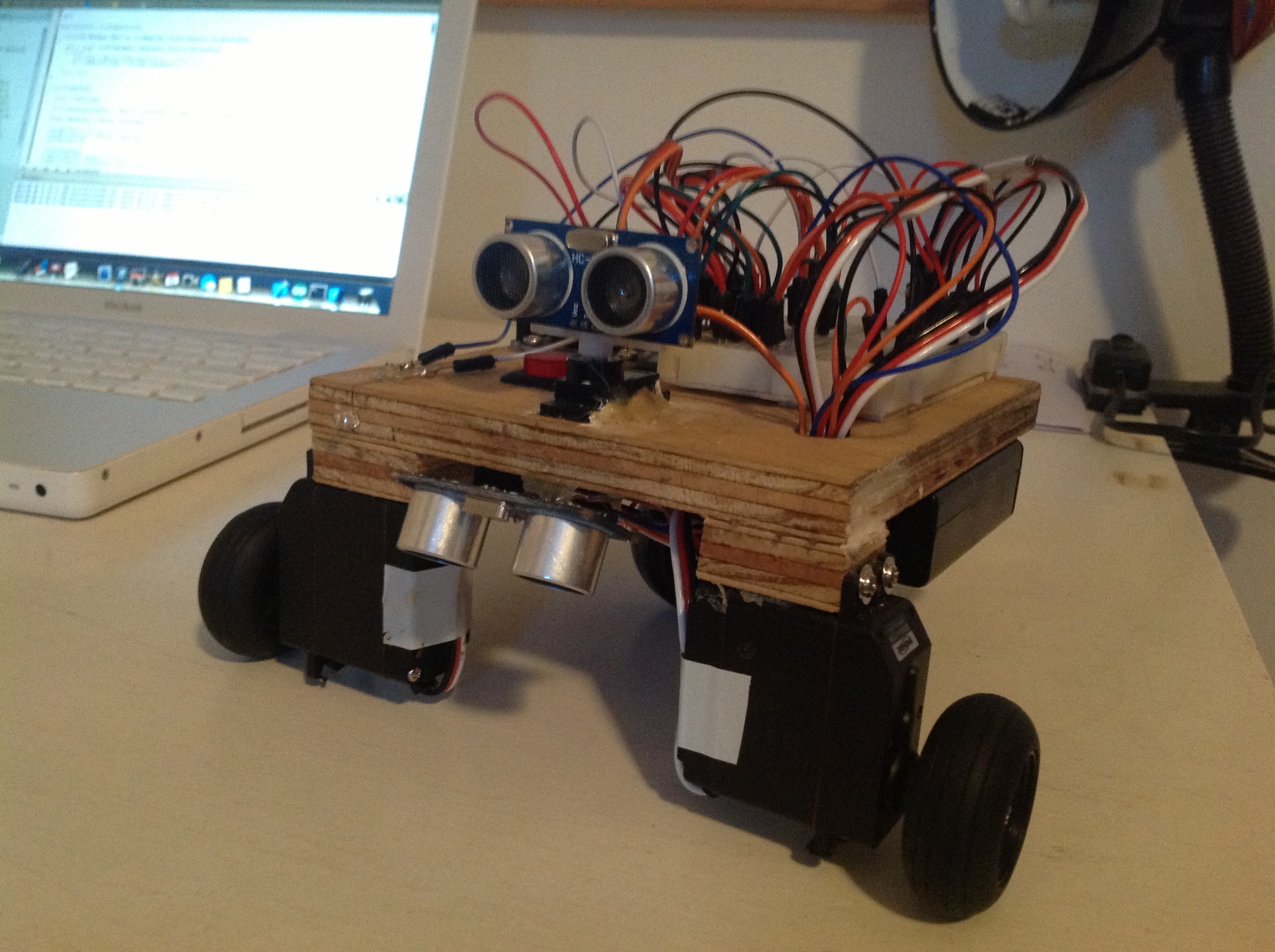 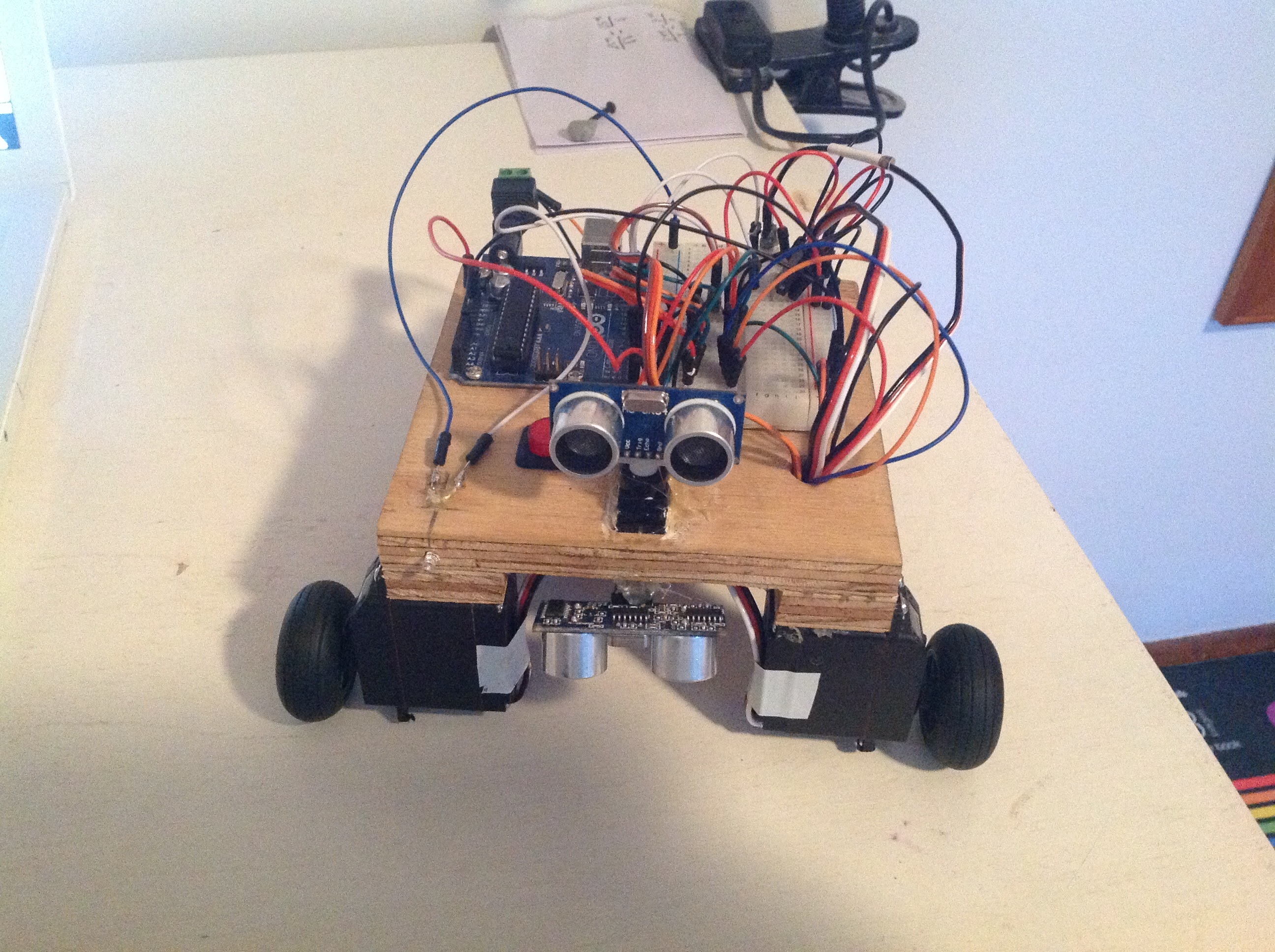